Athens’ Future Is All About Startups

You want your startup to be at the crossroads of the three continents Europe, Asia and Africa? Then discover Athens, Greece's most developed startup hub.

Athens is the centre and main point of reference for the Greek startup ecosystem, which has been very dynamic in the last few years, but it’s still nascent. The biggest Greek-origin startups are coming from and based in Athens. The roots for what was erased as the entrepreneurial scene of Greece could be traced back to 2009-2010, but the Greek startup ecosystem really took off in late 2012 when the JEREMIE (a program of the European Commission, which under European Investment Fund contributes 70% of committed funds in a venture capital firm) VC funds were established.

Entrepreneurs and companies active in previous years suddenly had available funds to finance their ventures. Moreover, innovative companies that could offer new production models to crisis-stricken Greece were getting attention from politicians, media and organisations, which helped a support ecosystem develop around the startups themselves.

Athens is the capital of Greece, and the wider Attica area (Athens city centre and Athens’ suburbs) is home to around 4-5 million people (almost half of Greece’s population). Greece is located at the crossroads of three continents: Europe, Asia and Africa. It’s the southernmost point of the Balkan Peninsula and the southeasternmost point of Europe.

The geographical position of Athens has helped develop a civilisation of commerce and entrepreneurship since ancient times that was passed to modern Greece. Indeed, owning and running a business is nothing new to Greek economy, as more than 99% percent of all companies in the country are small or medium-sized.

Advantages Of Starting A Startup In Athens:

What Startup Founders Have To Consider:

The Startup Community In Athens

These last three years the startup ecosystem of Athens has grown from low-attendance ‘geeks’ meetups to a holistic community providing new and young entrepreneurs with events and opportunities to connect with local startup leaders and members of international startup ecosystems. In the lists below you can find useful information on the biggest regular events, conferences, meetups taking place in Athens and the resources where you can find information about upcoming events and competitions.

Although in Athens there are only a couple of incubators that offer funding to hosting companies (a typical standard in other startup ecosystems), there are a lot of incubation and acceleration programs here. They offer office space, mentors and guidance, services, educational programs and other perks, saving a lot of the resources needed to develop your early-stage startup. Below are listed all types of incubators and accelerators that exist in Athens, as well as classic sources of startup financing such as crowdfunding, angels and VCs.

Grants for startup companies offer the following competitions and awards (among others):

Anecdotally, Athens has a stronger surrounding ecosystem than actual startups, so you will most probably be able to find a lot of networks and professionals to further assist you in moving or setting up your company in Athens. Government-wise, Startup Greece and Enterprise Greece are the two institutions responsible for facilitating foreigners doing business in Greece. Private organisations that should be able to guide you through your entrepreneurial activity in Athens should be the Network of Entrepreneurship of the Municipality of Athens (Municipality of Athens’ umbrella organisation for the network of incubators and other initiatives that it runs), Centre for Supporting Entrepreneurship of the Municipality of Athens (provides advice and services to companies that are located or want to move in Athens), Athens Chamber of Commerce and Industry, Federation of Enterprises (the body that represents corporates, enterprises and industries), Hellenic Startups Association (Greek member of European Confederation of Young Entrepreneurs), Federation of Hellenic Associations of Young Entrepreneurs (Greek partners of Global Entrepreneurship Week), Enterprise Europe Network – Athens Chapter (established by the European Commission, it offers advice and guidance for doing business in European cities), ThinkBiz (an entrepreneurship club set up by students of the Athens University of Economics and Business, it hosts events and workshops on startups), i-for-you (a mentoring network for female entrepreneurs, connecting mentors with mentees), Women on Top (another mentoring network for women entrepreneurs and professionals).

* You should take into account that JEREMIE funds have a mandate to only invest in companies with some presence in Greece, ie. registered here or operating an R&D branch and so on. Also, the investment period of the JEREMIE funds is expected to expire at the end of 2015 and no deadline extension has been officially announced; when their investment period ends they will not be able to add new companies in their portfolio. Not all JEREMIE funds are actively looking for bringing in companies outside of Greece. Why don’t you consider setting up a Greek subsidiary or a Greek R&D branch with the investment you’ve already received or are going to raise from international investors? Foreign Direct Investments is what Greek startups ecosystem and the economy in general need a lot!

The guides are like startup communities – they contstantly change and grow. Make sure to check for updates and if you have something to add or want to publish one for your city, get in touch right away! And don’t forget to enrich the startup ecosystem by creating your company profile at StartUs! 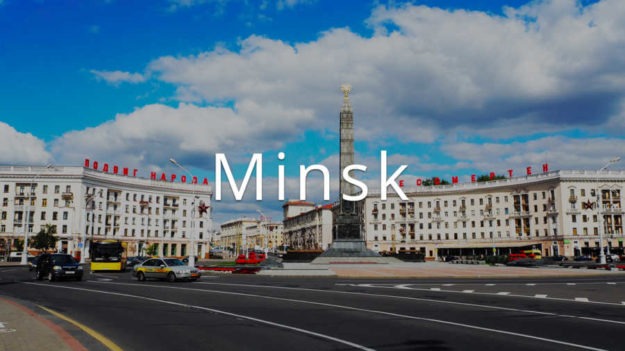 Today, Porto is at the forefront of innovation, housing companies like Farfetch, Blip, Mindera, Euronext, AdClick, Byside, Yieldify, among many others. Startups (mainly B2B), incubators, pre-accelerators and acceleration programs abound in the city and it is easy to spot a booming startup ecosystem. Ever thought about discovering a new and interesting place to launch your startup, establish your business and start a company? In this guide, we’ll introduce you to Stara Zagora – the beautiful startup city located in the heart of Bulgaria.